Yucatan, Mexico A contemporary house inspired by the Mayan culture 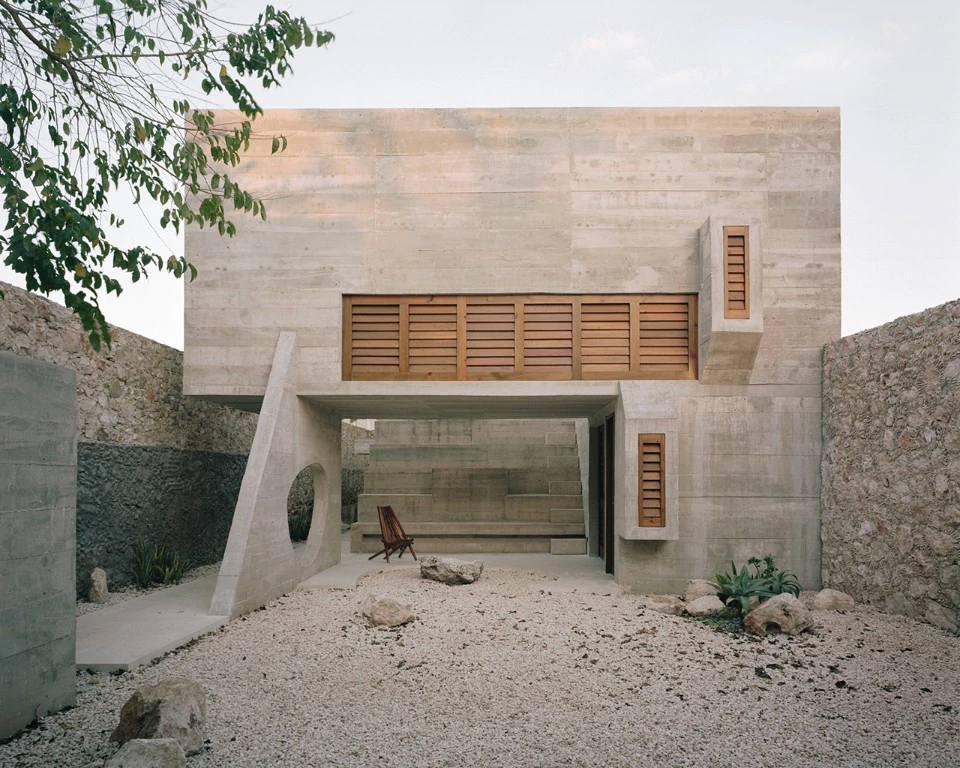 In the historic centre of Mérida, in Yucatan, Ludwig Godefroy builds a private house on a lot of land with a dizzying depth: 80 meters starting from facing the street and 8 meter large, only. The Mexican architect sets the seemingly counter-intuitive goal to carry out a continuous space which expands on this exaggerated length.

It is a tribute to the Mayan culture Mérida was the main city of.  The cities of the pre-Colombian populations, in fact, were crossed by holy lines named sacbé, straight roads made of whitened stone connecting temples, pyramids and other places particularly important from a symbolic point of view. A sacbé appears again as a device of the contemporary plan by Godefroy. A partition made of concrete, not continuous but recognisable as one single element, becomes the organizing principle for all the spaces of the house.

The search for a space continuity, however, is also justified by practical climate and energy related reasons. The whole lot of land, never fully obstructed crosswise, appears as a privileged tunnel for the natural airstreams. The mechanical ventilation turns to be useless, despite the extreme climate in Mérida.

From the entrance, the visitor crosses a sequence not of full spaces and empty spaces, rooms, and patios, but of hybrid places. These rooms are covered or open air, with minerals or vegetables, solid or liquid ones. Formally they are all characterized, rather than limited in the space, by scenes and visible sculptures made of concrete; sometimes they are matched with robust wooden partitions with grids. Describing the plan by Ludwig Godefroy as a house with a garden would not be correct; rather, quoting his words, it is a “unique garden fit for residential use, which includes a house”. 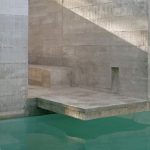 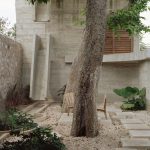 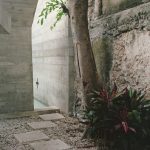 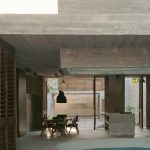 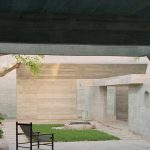 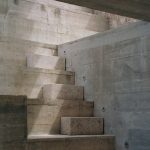 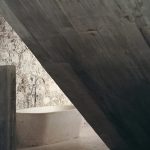 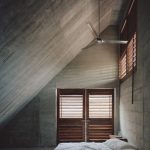 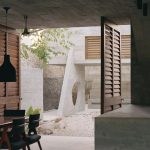 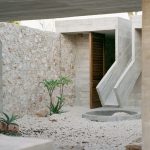 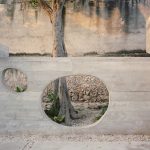 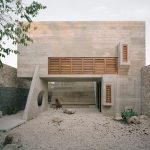 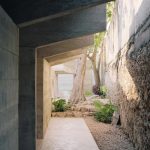